How Lack of Sleep Is Costing the U.S. Billions of Dollars 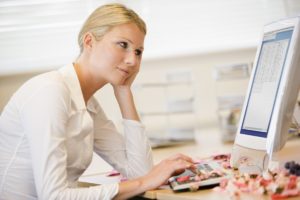 According to the Centers for Disease Control and Prevention (CDC), more than a third of American adults are not getting enough sleep on a regular basis. What’s more, sleep deprivation (defined as sleeping six hours or less a night) is costing the U.S. economy a whopping $411 billion per year.

Read on as West Orange sleep apnea specialist Dr. Ivan Stein discusses what one study found on the economic consequences of sleep deprivation.

Sleep Deprivation Is Hurting the Economy

RAND Europe, a non-profit organization, looked at an employer-employee dataset and data on sleep duration from workers to quantify the economic effects of sleep deprivation in five different countries: the United States, the United Kingdom, Canada, Germany and Japan. The study found that the U.S. by far experienced the most economic loss due to sleep deprivation, with approximately 1.2 million working days lost per year or $411 billion of lost productivity. According to researchers, sleep deprivation-related productivity losses are a result of employees missing work or working at sub-optimal levels.

Japan lost the second largest amount in productivity (approximately $138 billion), according to the study. Germany was third ($60 billion), the United Kingdom was fourth ($50 billion) and Canada was fifth ($21 billion).

Cognitive function. Lack of sleep has long been linked to compromised cognitive function, including difficulty focusing and memory loss. Research shows that sleep-deprived workers are more likely to make mistakes on simple tasks and may have a slower reaction time than well-rested co-workers.

Depending on your job, impaired cognitive function may or may not seem like a big deal. But sleep deprivation has been linked to thousands of traffic accidents caused by commercial truck drivers falling asleep at the wheel. Some of the world’s most devastating disasters in history, including deadly nuclear power plant explosions and plane crashes, have been linked to human error influenced by sleepiness or sleep deprivation.

Regardless of your occupation, you must be able to focus and rely on your short-term memory to perform at your best.

Physical health. Poor sleeping habits also weaken your immune system. This increases your risk of getting sick more often and needing to take more sick days or performing at a less-than-optimal level on the days you do go to work.

Schedule a Consultation with Our Sleep Apnea Specialist

If you suspect your sleep deprivation is a result of sleep apnea or another sleep condition, we encourage you to schedule an appointment with renowned sleep specialist Dr. Stein. If he determines you do have an underlying sleeping condition, he will recommend the best treatment plan for your symptoms. Contact New Jersey Sleep Apnea Solutions by calling (855) WHY-SNORE or (855) 949-7667 today.